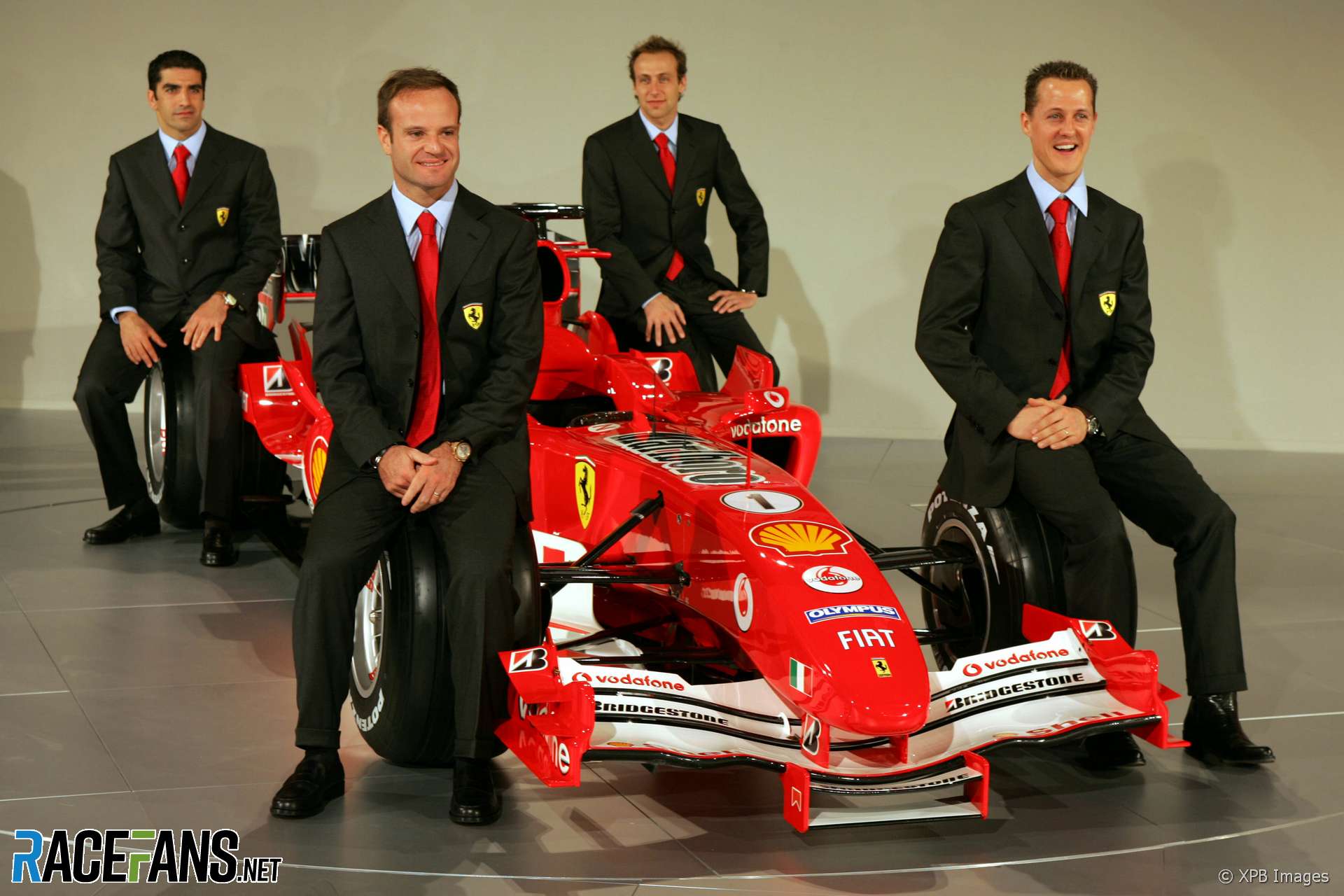 The Ferrari F2005 did not enjoy the same level of dominance its predecessors had.

Significantly a change in the F1 rules, requiring drivers to complete races without changing tyres, put Ferrari’#s tyre supplier Bridgestone on the back foot and handed the initiative to their Michelin rivals.

The F2005 won only once: in the United States Grand Prix where a safety concern led the Michelin teams to withdraw, leaving only Ferrari and four other back-of-the-field rivals on the grid.